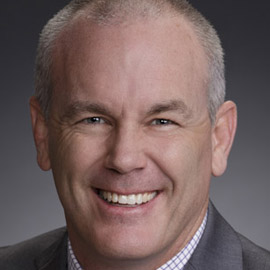 HOUSTON — November 2, 2017 — Nexus Health Systems is proud to announce the addition of Eric Cantrell as Chief Executive Officer of Nexus Specialty Hospital. As part of his role, Cantrell will oversee all aspects of operations at both campuses in Shenandoah and The Woodlands. He will also identify and execute immediate and long-term goals that include improving operational efficiencies, developing more extensive in-house service offerings, enhancing patient care and satisfaction, and implementing strategies to best place patients in Nexus’ continuum of care.

Prior to his new role with Nexus Health Systems, Cantrell has held various CEO positions since the mid-2000s. His successes as part of healthcare administration range from negotiating agreements and physician recruitment, to meeting or exceeding patient quality benchmarks and increasing revenue. Cantrell’s vast experience gained throughout the course of his tenure at other long term acute care (LTAC) hospitals will serve patients, their families, and staff of Nexus Specialty Hospital well.

“I am excited to apply the skillset that I’ve developed in the industry toward initiating meaningful and diverse changes at Nexus Specialty Hospital,” said Cantrell. “With the support I have from company leadership, I’m confident my plans for the hospital will allow for advancements to be made quickly, efficiently, and in the best interest of patients and staff alike.”

Nexus Health Systems President, Erin Cassidy says she looks forward to having Cantrell onboard as the organization is in the midst of rebranding. “As Nexus continues to evolve and grow, Eric will be instrumental in executing our goals.”